Putting IoT to Work in Barcelona

Over the past 18 months, we’ve talked a lot about the work to be done in order to accelerate and enable the Industrial Internet.  There has been progress on many fronts – the Industrial Internet Reference Architecture; establishing the common vocabulary; and getting a talented group of engineers, architects, security experts, business development executives and more together, to identify the issues to be solved.  The progress has been solid.

Earlier this week, the Industrial Internet Consortium held its seventh quarterly meeting, where members got together to discuss and propose new testbeds, advance the architectural framework of the Industrial Internet, talk about IT – OT convergence and form new industry-focus areas.  It’s been a busy and productive week.

Also this week, IoT took a giant step forward on the global stage.  The IOT Solutions World Congress stage, to be precise. 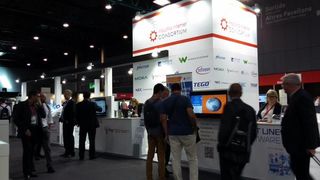 ‘Putting IoT to work’ was the theme of this first conference for Industrial IoT.  And here in Barcelona, the excitement and energy was palatable from the 4,000 attendees at this event.  Demonstrations of robotics, connected cars, factory automation scenarios and other disruptive technologies were available for hands-on exploration.  Business leaders, operational leaders and CIOs gathered to listen to over 120 speakers in 83 sessions discuss the opportunities and challenges in deploying the Industrial Internet of Things in organizations.  This conference made IoT real, with six focused tracks - Energy, Healthcare, Innovation, Manufacturing, Technology and Transportation - featuring global leaders who are deploying solutions today.   The future is here.

There were many key takeaways from the event. One was that collaboration in the industry is absolutely necessary. “Companies are eager to collaborate in IoT” said Jamie Smith of National Instruments during a panel discussion on getting ROI in Smart Factories, while in a panel on IoT standards, Jeff Fedders of Intel noted “Every keynote this week has been, ‘We cannot do this alone. We need collaboration.”

Another top message was that IoT technology is not something that will happen in the future – but something that is happening now. Many keynotes held focused on applications that have already been put into use: whether it is a Smart Building that Schneider Electric collaborated on, wearable technology that Massachusetts General Hospital is using to monitor research patients’ stress levels, or car that as designed via crowd sourcing and was created using 3D printing in less than 24 hours.

Important topics were discussed: from Factory of the Future, to Connected Flight, to legal considerations of IoT, to the impact of IoT on the weather.  We’re at the ground floor of something important, and there are no signs of where this elevator will be stopping.

The Industrial Internet was in action this week, and we hope you’ll join us for it again next year. Mark your calendars: the 2nd Annual IoT Solutions World Congress will take place October 25-27, 2016.

Posted at 5:22 pm in Updates From the IIC, | Permalink