Building a Business Case for the Industrial IoT 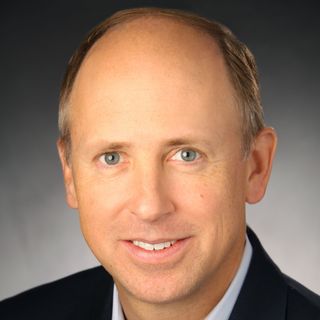 The Internet of Things (IoT) is already a familiar concept for many consumers. Common devices now regularly collect and share data with each other in an effort to improve user experience for everything from wearable tech to household appliances. While there is massive potential for how these devices can impact our lives, today’s typical outcomes are centered on fitness monitoring, home security, and novelty applications such as discovering how many hours each day your dog is sleeping.

Some early IoT adopters are seeing economic benefits, such as those who are lowering their home’s heating and cooling costs using Nest, one of several “smart thermostats.” But a large majority of Americans—90% according to icontrol network’s 2015 State of the Smart Home Report—still view home security, and not economic objectives, as one of the top reasons to invest in smart technologies for their home. With home security legacy technology adoption at only 17%, consumer marketers still need to build broader and more compelling use cases for IoT adoption.

Business outcomes are leading the way in IoT adoption

While today consumer IoT applications are most successful in niche markets, the business case for the Industrial IoT is rapidly evolving. As IoT connectivity begins to extend to machines, sensors, devices and processes in an industrial setting, clear business outcomes such as increased manufacturing efficiencies, better resource utilization, and transformed support models are driving adoption. Companies like GE are already using data from sensors on jet engines, gas turbines and MRI scanners—collected and analyzed using GE’s cloud-based Predix platform— to make them run better. At Pitney Bowes we are using Predix to improve business outcomes for our production mail clients. Harel Kodesh, Chief Technology Officer at GE Digital, predicts, “In the next five years, the Industrial Internet will break the zettabyte barrier, which is 1,000 exabytes. (In 2009, the entire World Wide Web contained 500 exabytes.)”

Location Intelligence brings accuracy and precision to the Industrial Internet

A key component of the “Internet of Things” is, of course, the actual “Thing.” And each physical object is located somewhere. We believe that location intelligence will play a pivotal role in industrial IoT applications because it can help deliver geographic context and expose proximity relationship that are sometimes hidden within raw data. Our analysis shows that roughly 80% of all Industrial Internet data contain a location. Sensors are already embedding GPS chips, for example, that will capture latitude and longitude coordinates.

Platforms and marketplaces will drive growth

To accomplish the promise of the Industrial Internet, partnerships between software developers and big data platform providers is key. IoT business models will need to place greater emphasis on services produced by an ecosystem of technologists that are collaborating to find the best possible, industry-wide solution rather than serving competing interests.

Understanding the massive potential for industrial IoT, GE recently opened Predix to a wide swath of developers in an effort to create the world’s first and largest marketplace for industrial applications.

Predix will essentially allow developers to build industrial IoT applications in an environment that is highly secure and scalable, and where they have better access to partnerships in industries ranging from agriculture to aviation to health care. Agreeing with our assessment that location will play a key role in the Industrial IoT, GE has already incorporated Pitney Bowes GeoEnhance Location Inteligence API into their Predix.io catalog . This will help both GE business units and third-party developers create applications that leverage Pitney Bowes location intelligence capabilities.

The sky is the limit, literally and economically, when it comes to the Industrial Internet. Location intelligence will play a key role in strengthening and creating new use cases for the Industrial Internet, and while we don’t have a business case yet for outer space Location Intelligence, with the speed in which technology is changing and advancing, I won’t rule that topic out for a future blog post.