Flying through Fog: Why Fog Computing and Fog Networking is Crucial to Ushering in the Era of Commercial Drones 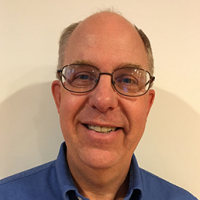 No doubt about it:  The drones are flying in.

According to the FAA, last year more than 670,000 drones were registered in the U.S. alone.  Drones – also known as unmanned aerial vehicles (UAVs) – are poised to transform key industries by providing cost-effective new services.

While drones are really cool, so are all the ground support elements and software algorithms needed to make the operation of a large fleet safe and efficient.  Many of these elements require local intelligence.

That’s where fog computing and fog networking come in.  Here’s an illustration:

It’s late on Friday afternoon and you click on your mobile app to order a large pepperoni pizza with extra cheese. You schedule it to be delivered to your home at 6 pm.

You click again and order your favorite adult beverage from a liquor store, which is located on the other side of the city.

Your pizza is pulled out of the oven and boxed. Now here’s where it gets interesting. The cook summons a drone from a “roost” on the pizzeria’s roof.  A roost is a system that stores, charges, programs and protects a number of drones that work together. Then she loads your pizza into the drone’s cargo container. Simultaneously, across town, the liquor store manager, operating a similar roost, loads up your six-pack.

Both drones take off for their programmed destination – a special landing pad called a “perch” located on top of your smart mailbox. Smart sensor and communications platforms across your traffic-choked city ensure that the drones are on course, in no danger of collision, and in constant touch with the Internet and ground-based fog network nodes.

6:00 pm
As the drones approach your mailbox, a fog node inside the perch guides them in.  The drones land and anchor.  Robotic equipment removes the cargo, operates the doors, and stores the items in their own storage compartments until you can securely retrieve them. In your smart mailbox, the hot pizza and cold beer are stored in individually climate-controlled compartments.  Since you’re stuck in traffic, you let your teenager know the pizza has arrived. But you keep the door to the beer compartment locked until you get home.

Much has been written about the opportunities for drones to transform the supply chain.  The benefits are numerous:

Package delivery represents just a fraction of the opportunities ahead.  Drones also can deliver many other disruptive servers.  Here’s a short list:

The list of possibilities – and capabilities – continues to expand.  One thing they all have in common is they require cooperation between sophisticated computational resources located on the drone and even more sophisticated hierarchies of fog-based support intelligence on the ground.

While the business case for drones isn’t new, it’s only now that the technology has been available to deliver on this promise.  Fog computing and fog networking are powering drones, perches, roosts, sensor platforms and fully automated drone traffic control systems.  These fog techniques offer the sub-millisecond latency, compute capacity, network bandwidth, as well as the safety, privacy, reliability, efficiency, and security required for drone operations.

In order to succeed, large-scale autonomous drone fleet operations need the hierarchy of a fog-based infrastructure:

This hierarchy helps to address dynamic flight plans, air traffic control database updates, and up-to-the-second weather reports while the drones are in transit.  Once the drone lands, fog plays a vital role in ensuring the operational efficiency of the landing site or perch.  Perches and roosts are like mini automated airports, with drones rapidly landing at many gates to discharge their contents.  Then they recharge, re-load and fly to a new destination.

A fog-driven perch can also detect bad-acting drones.  As a drone approaches a controlled airspace, it lands and is locked down onto a special screening perch.  A conveyer system pulls the drone and its cargo through various screening sensors (including x-ray, mm wave systems, cameras, nitrate sniffers, scales, software analyzers, etc.) where a fog node running sophisticated analytics scans it to ensure the drone is configured as expected and that its cargo matches its manifest and does not contain anything prohibited.

Once the screening is complete, if cleared, the drone launches from the opposite side of the screening perch, and can fly to its destination.  If the scans discover something suspicious, the drone can be moved to an “isolation bunker” where authorities can screen the drone and its package contents.

Higher-level fog-based functions at upper levels of the hierarchy coordinate all the perch, roost and distributed sensor fog nodes.  These ensure the drones don’t collide, that the robotic package handling systems work efficiently, and that all drones in the fleet are protected, charged, and looked after.

At the OpenFog Consortium, we are addressing these and other advanced fog use cases that will transform industries.

Charles C. Byers is a Principal Engineer with Cisco’s Corporate Strategic Innovation Group. He works on the architecture and implementation of Fog Computing platforms, media processing systems, and IoT, and is technology chair in the OpenFog Consortium.  Before joining Cisco, he was a Bell Labs Fellow at Alcatel-Lucent. He received a B.S. in Electrical and Computer Engineering and a M.S. in Electrical Engineering from the University of Wisconsin, Madison. He holds 66 US patents.