For OpenFog, the Best is Yet to Come 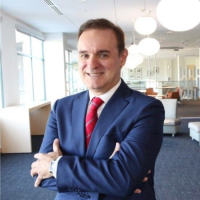 The OpenFog Consortium has come a long way since a handful of us came up with the idea at the Princeton University campus almost exactly three years ago.  We launched with six members – ARM, Cisco, Dell, Intel, Microsoft, and Princeton   – and I still can’t get over the serendipity of our shared vision for fog.

It has been my pleasure and privilege to have been one of the founders and to have been anchored by such great co-founders.  In just three years, we grew to a diverse worldwide organization with almost 70 members, driven primarily by tech leaders in the Americas, Japan and Greater China.

Some very smart people from multiple verticals across the technology spectrum have contributed to our expansion. They include data scientists, application developers, analysts, VCs and investors, government agencies, educators and researchers.  I believe the strong academic presence in the consortium in particular has been critical to the innovation we have fostered.

Our achievements to date are tangible and meaningful.  I’m proud that our work together has resulted in many outstanding accomplishments:

Thanks in great part to our work, fog-related technologies have continued to expand in our core research areas of IoT, 5G, and AI.  Machines, things, and devices are becoming increasingly intelligent, seamlessly connected, and capable of massive storage with the ability to be autonomous and self-aware.  Robots, drones, and self-driving cars are early indicators of small and mobile clouds. Distributed intelligence that interacts directly with the world and is immersive with all aspects of their surrounding is the concept behind the term OpenFog.

After more than 20 years at Cisco, I am excited to be moving on to lead a new startup opportunity, but I plan to stay close to my friends at OpenFog. For them, I believe the momentum of the past few years clearly indicates that the best is yet to come.  Foremost among our next steps is to expand our investment in our international testbeds and technical working groups.  We are already beginning to push toward testbed validation and certification programs with new industry partners.

In the capable hands of our new Chairman & President, Microsoft’s Matt Vasey, and our fantastic Board of Directors, Working Groups and Technical Committees, the best is yet to come for fog and the OpenFog Consortium.  I would like to express my deep gratitude to everyone on the team.