For Fog Computing, The Future Has Arrived 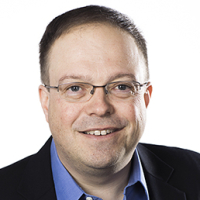 The upcoming union of the Industrial Internet Consortium and the OpenFog Consortium, announced this week, will transform the future of industrial networks.  The two organizations’ combined talents will enable us to capitalize on the undeniable momentum of the two largest and most influential international consortia in Industrial IoT, 5G and AI computing.

The OpenFog Consortium was founded nearly three years ago to accelerate the adoption of fog computing, which addresses bandwidth, latency and communications challenges associated with IoT, 5G and AI applications.  We’re very proud that, over that span, we have been able to spur the advancement of fog technologies from a technology, standards and general awareness standpoint. Today, fog is real and being adopted at an impressive rate.

Our journey at OpenFog has been uncommon; for example, we gained some unexpected allies along the way. As we move to the next chapter, it’s worth reflecting on the impact of these unique collaborations:

Under the IIC umbrella, these active partners will continue to prove valuable.

Today, we’re pleased to continue this journey as part of IIC.  Over the years, it became increasingly apparent that we share so much synergy in technology direction with the IIC that it just made sense to bring the two consortia together.

The resulting combination of memberships, resources and shared knowledge will further the growth of the technologies – including fog – that will support IIoT ecosystems.  By expanding our pool of resources and expert collaborators, we will continue to accelerate the adoption of not only fog, but a wealth of technologies that provide the underpinnings to IoT, AI and 5G.  That impacts a variety of promising industries, including Smart Cities, Smart Manufacturing, Smart Energy, and so on.

From our vantage point at OpenFog, it’s clear that these verticals are evolving quickly.  Machines, things, and devices are becoming increasingly intelligent, seamlessly connected, and capable of massive storage with the ability to be autonomous and self-aware.  Robots, drones, and self-driving cars are early indicators of small and mobile clouds. Distributed intelligence that interacts directly with the world and is immersive with all aspects of their surrounding is the concept behind fog.

We have an outstanding opportunity to provide guidance and leadership in these spaces. The IIC is well positioned to deliver the framework for secure and efficient information processing within the cloud-to-things continuum.

The combined IIC will continue to investigate ways to scale the marketing and technical development of fog computing. Key initiatives you can expect us to pursue will include:

Expansion of the investment in international testbeds and technical working groups. The Technical committees will continue to build out testbeds and define optimal network implementations for core vertical markets and horizontal areas. There will be a renewed push toward testbed validation and certification programs.

The Social Impact Working Group will continue to identify new areas of research.

We will continue to produce and expand prototypical use cases describing best-practice architectures in real-world settings.

For fog computing, the future has arrived.  We are looking forward to continuing the journey as part of IIC.