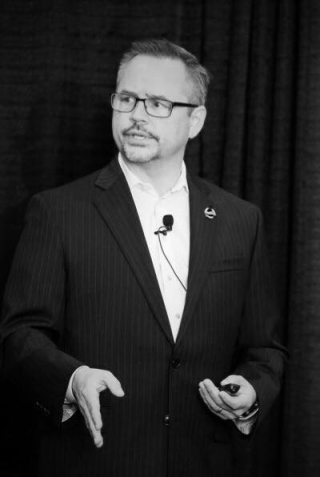 The merger of the OpenFog Consortium and the Industrial Internet Consortium is a win/win/win for end users, Consortium members, and the industry overall. The combination brings together two organizations that have been integral in shifting the dialog in the IoT market from confusion and hyperbole to concrete examples and implementations. Both consortia share a pragmatic approach of developing specifications and testbeds and aligning the interests of a diverse set of stakeholders from throughout the broader community. This has evolved the messages and roadmaps of vendors, shaped academic research agendas, and removed risk for end-user adopters of the technologies.

The announced merger of the OpenFog Consortium (OFC), and the Industrial Internet Consortium (IIC) represents a step forward for the larger IoT industry. Both organizations, although relatively young (the IIC was formed in 2014, and OFC in late 2015), have been instrumental in driving progress in the Internet of Things, transforming the narrative from confusion and (perpetually) potential future opportunities to real progress and real value.

Industry analysts like me handicap the odds of success of these mergers like corporate M&A transactions. How similar is the membership, and how much overlap? What about outputs and charters? In this case, the two organizations are remarkably similar in composition with a healthy percentage of each organizations’ members hailing from the vendor community, academic research, and independent software vendors, among others.

Earlier this year, 451 Research analyzed the industry standards body and vendor consortiums/consortia active in the market shared with IIC/OFC, and found well over twenty different groups developing everything from consumer IoT to edge computing to carrier infrastructure. If the purpose of standards is to align industry stakeholders around specifications and interoperability, and in the process reducing risk for early-adopter end-users, twenty is far too many different efforts for an industry (even one as boundless as IoT) to sustain. It also has the converse effect of adding to the market confusion and potential risk for end-users who ‘back the wrong horse’. The merging of these two groups is a natural fit, and also helps consolidate an overly-fragmented collection of groups striving to create standards in the large IoT market.

From day one, both the IIC and OpenFog have focused on moving the industry forward with summits, conferences, testbeds, and reference architectures. The output of both groups has not been the usual press releases and mission statements, rather demonstrated value and technical alignment of the diverse members both organizations share. This is the reason that both organizations have risen above the crowded field of consortia and standards and have enjoyed the participation from equipment vendors, academic research organizations, and independent software vendors.

As an analyst who has watched this space closely for many years, I am very encouraged and optimistic for what the future of the combined IIC and OFC organization will bring for years to come.