The Princeton Edge Lab at 10 Years: Invitation to Edge Conference on May 17 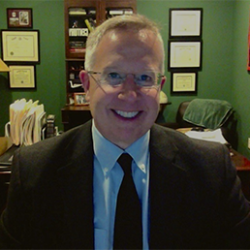 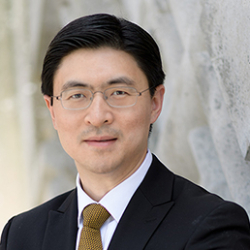 By Evan Birkhead, Strategic Marketing, IIC based on an interview with Dr. Mung Chiang, John A. Edwardson Dean of the College of Engineering and the Roscoe H. George Professor of Electrical and Computer Engineering, Purdue University

The Lab is a success story, exemplifying how academia and industry can effectively collaborate to advance cutting-edge technologies.

The Internet of Things revolution relies on a simple premise: edge computing enables previously inconceivable speeds and efficiencies by bringing computing power, storage, networking and control capabilities closer to the things. Edge facilitates physical proximity to items of interest in the IoT, which might be things with sensors, embedded devices, and so on. Edge systems are intelligent and are even capable of leveraging the relationships that IoT devices already have with each other.

The IoT explosion is characterized by millions of previously unconnected devices now generating tidal waves of data from the physical world, such as sensors for example. By enacting locally, the intelligent edge provides an answer to complex issues that otherwise impact system performance and efficiency, such as scalability, latency, and cybersecurity.

Academia, which can help establish this discipline, is often based on theory. While theory brings top-down, descriptive models and design, it can be incomplete in delivering real-world differences in performance. But the benefits of theory-inspired implementation include both the validation of predictions and the equally important falsification of assumptions. Theory can tighten characterizations and inspire new questions that may not have arisen from a straight engineering approach.

To this end, the Princeton Edge Lab has made a vital contribution to technology by recognizing the need to bridge theory and practice in the intelligent edge. The Lab was founded in 2009 as one of the first university labs specifically dedicated to edge computing and networking. Since then, the Lab has made many significant research breakthroughs in edge design, collaborated with dozens of leading tech companies, and co-founded in 2015 the not-for-profit OpenFog Consortium.

OpenFog is unique not just in edge but in the world of technology, in that is was founded on the premise of academia working in concert with industry. The coalition of founders also included Arm, Cisco, Dell, Intel, and Microsoft. In January, OpenFog joined forces with the Industrial Internet Consortium, to create the world’s leading organization transforming business and society by accelerating the Industrial IoT.

The mission of the unified organization is to deliver a trustworthy IIoT in which the world’s systems and devices are securely connected and controlled to deliver transformational outcomes. The combined memberships are driving the momentum of the industrial internet, including the development and promotion of industry guidance and best practices for edge computing.

The Edge Lab has been tremendously successful in its mission to date. It impacts industry and society in a number of ways. It is engaged in technology transfers with industry leaders, including AT&T, Qualcomm and Marvell. It provides intellectual property licensing. Remarkably, the Lab has spun off three successful commercial startups:

Closer to home in Princeton, the Edge Lab created a new undergraduate course “Networks: Friends, Money, and Bytes.” It is oriented around 20 questions concerning social, economic, and technological networks. It led to a Just-in-Time textbook, a Massive Open Online Course offering, and a flipped classroom. Today, postdocs, graduate students, and engineers in the Lab actively engage in industry transfers and startup spin-outs. Undergrads engage in virtual elevator pitches and other entrepreneurial mentoring activities.

Research at the Lab continues in a number of avenues, loosely grouped under advanced studies under the umbrella of Edge/Fog Computing, Smart Data Pricing and Social Learning Networks.

On May 17th, the Edge Lab is hosting a special conference celebrating the 10th anniversary of the Lab on the Princeton campus. “Edge10: A Conference on Edge & Fog” is open to the public and represents an important milestone for the edge industry. Keynoted by former Verizon Wireless CEO Denny Strigl and former FCC Chairman Reed Hundt, the conference will feature prominent leaders from the nation’s leading research universities and industry, including large, established players and vibrant startups. Representatives from the NSF and DARPA will moderate panel discussions on two of the largest government-funded networking projects today.

The conference program and registration can be found at: http://edge10.princeton.edu

As exemplified by this event, the effectiveness of the Princeton Edge Lab has been proven. From its ongoing research to the global collaboration it steers, in the not-to-distant future, the work of the Edge Lab will touch virtually everyone in the world.

Dr. Chiang is the John A. Edwardson Dean of the College of Engineering at Purdue University. He is the Founding Director of the Princeton Edge Lab. A founder of the OpenFog Consortium, he now serves on the Steering Committee of the Industrial Internet Consortium, now incorporating OpenFog.