A Reality Check for Tech-Dependent Societies 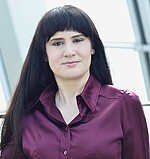 We pride ourselves in our resilience and our ability to think and invent our way out of a crisis. Technological optimism has been one of the engines of modern life, and its promise has often held true in the past. Time and again, technology has helped us master the challenges of history. At the same time, we have become reliant on it, and too often willfully ignorant of the consequences.

Sophisticated, data-driven models influence public policies or the response to a medical emergency threatening societies around the world. But what if the data has been corrupted by an inadvertent accident or by greedy opportunism? The last industrial revolution has brought us out of poverty, but also pushed the world’s climate to the brink. Still, we have the belief that the next technological revolution will save us again, and darn the consequences.

Past technological revolutions did not happen by accident, but by the same ingenuity, inquisitiveness, and response to current needs that motivate the inventors, researchers, and tech pioneers of today. Few of them ever stopped to consider the future effects of their breakthroughs. To appropriate the Rumsfeldian dictum, past pioneers faced the unknown unknowns: they could not anticipate the unknown effects that their inventions would have. Today, we are prey to the deceptive certainty of the known unknowns: We understand full well that our actions may have world-changing effects, and we know that those effects are unknown. But as a technological civilization, we have subscribed to the Bill Watterson principle: “Just wing it and see what happens”.

The digital revolution has arrived in people’s lives. The IoT and its industrial incarnation have begun to make good on the original vision’s promise, with technology pervading more and more of our everyday world and an increasingly large sphere of our economic realities. Behind the glitz and glamour of flagship smart factories or new advances in autonomous driving launched in front of a rapt audience of tech journalists, the underlying technologies have established themselves in the nuts and bolts of our society and economy. For some prominent brands, their first forays into smart custom production might have proven uneconomical; the reality of connected manufacturing and manufacturing as a service has not. Reliable autonomous cars might still be the elusive next big thing as they have been for a decade; automotive connectivity and smart assistance systems have long become standard. Tech marketing would have us believe that we are remolding our world. We are indeed, but in stops and starts, bits and pieces, not as conscious and mindful engineers following a clear blueprint. It is time to take a step back and ask ourselves: What are we creating, who are we creating it for, and what might come out of it?

All stakeholders of the digital future, from traditional policy makers to tech entrepreneurs, from civil society actors to the IIoT enterprises building a new infrastructure as we speak, need to consider and subscribe to a new systemic code of ethics. Technology has pervaded all of society and broken down the traditional barriers between cultural, economic, political, environmental, and even geostrategic spheres. No actor in any of these spheres ought to remain silent, as tacit acquiescence is not an option.

Technology is inherently empowering. Any actor that ignores this cornerstone does so at their own peril, as other actors would be gaining at their lack of farsighted vision – this applies both to direct economic competition and to more fundamental concerns, as e.g. the ultimate freedom of trade afforded by smart manufacturing could easily undermine state trade, taxation, or environmental policy or as empowered state-industrial complexes could put near suffocating pressure on civic society with the promise of continued economic growth. At the same time, it would be a failure of imagination to consider this a zero-sum game: Smart technology, especially smart industrial technology with its potential to stop waste and overproduction and shift immediately to new, more environmentally or socially positive business models, has the potential to overcome the old resource-depleting paradigms of our society in favor of a resource-creating, systemically productive way of living.

With the immense potential for good and for disruption of connected technology long proven, it is time to consider the question of access and use. Although old safeguards are currently under attack, traditional means of force – conventional and nuclear arms – are subject to stringent controls, enforced by mutual consent or direct governmental power. As connected technology is beginning to have the same potential, it can be considered in similar terms: the means to exert economic or even destructive force, as the new freedom afforded to the world’s industry also implies that trade and production can be influenced, rechanneled, or restricted at the whim of the state or non-state actor that controls the infrastructure. It may be an opportune moment to consider the same proliferation questions that determine policy in other fields: When and where should access to technology be controlled? Who is the actual user – a private, corporate, or public actor? How can malicious or inadvertently harmful actors (IP or tech monopolists come to mind) be contained? How might intrinsically harmless technology be abused for other purposes, as is the case with dual use goods in traditional policy? Conventional IT security plays a major part in these considerations, but it can only ever furnish the technological infrastructure to enforce the chosen policy.

Freedom is the promise of the connected age: Goods, intellectual property, and even ideas are free to move around the world. The same freedom motivated many of the great constitutional texts of history and has proven the source of a higher quality of life in freer societies. We need to ask whose freedom the constitution of our digital future would protect: Only the freedom of technology – the invaluable free trade in digital and material assets that many technology pioneers are working hard to protect already with IT security and encryption solutions, but also perhaps the freedom to push technology to its limits and, again, darn the consequences? Or the freedom of all of us, empowered by a connected world, but also protected from creeping digital totalitarianism or the imbalances between the digital haves and have-nots? Encryption technology, a mainstay of security in the IIoT, is one such issue that is already fueling a hot legal and cultural debate with the thorny issue of the right to encrypt vs. the legitimate demands of law enforcement (or overreaching demands of state security). The discussion has started, and you are welcome to join.

If you feel compelled to engage in this conversation and see where we can go with it, please complete the form, and we will organize a dedicated session to explore ideas together.

Posted at 6:11 am in Adopting the Industrial Internet,Technology, | Permalink